Fabulous time at the Oregon Airshow in McMinnville

Video summary of a great Red Arrows performance in McMinnville at the Oregon Airshow. Very different and interesting! My favorite move was the “Goose” and favorite formation the “Concorde” (unfortunately both not captured…too busy watching!) No background music. But narration with a British accent always makes things better somehow. With this I only need to capture the Italian Frecce Tricolori and I think I’ve seen all the major airshow teams! Excellent trip. OH! And the F35 was awesome and powerfully raucous as well. LOVE.

My dear “Jex” – It’s been a good 21 years. You have been my rock star “pregnant roller skate” and good buddy since the last century when I bought you wearing plaid and one captive bead earring. But the time has come to part our ways. Too many battles trying to start you. But do not fear, your legacy continues strong with me and your new Rav4 brother. He’s pretty cute, and I think you’d like him. When he’s baptized with a name, I’ll send you a card. Good luck my friend. xoxo.

I’ve been waiting for this for probably 40+ years.  It has been in my blood from the start of my memory.

Ever since I went to airshows as a little one with my Dad (A Navy man stationed at Whidbey NAS), and visiting Grama when she worked for an aerospace manufacturing sub contractor, I was hooked on airplanes and airports.  Our airport was Paine Field, in Everett WA, were we lived.  In my pre-4-year-old memory haze, at my first home on Jennings Road, I recount my Dad persuading me to sleep – by talking about the different parts of airplanes. We would both chant together: “Wings”.  “Body”.  “Tail”.  “Holes”… (jet engines – think about it from a 4-year old perspective!).  ZZZZzzzz….  Now I’m asleep, content.    Early on, I knew aviation.

To add to all that – our town, and our airport, had Boeing producing the largest airliners in the world and had the world’s largest building by volume. By family and environment my interest was set firm and early.  We would drive by the huge factory frequently on the way to Mukilteo beach. Big airports. Big airplanes. Growing up.

Airplanes. Airports. This is normal, and awesome.

My parents took me on my first commercial flight young – a United 727 to Boise via Portland to visit family. So very not normal in 1970’s suburbia life. Seattle Sea-Tac had all the flights, as Paine Field was all Boeing and “small planes” only.  I remember: The long drive and anticipation to the airport.  We’re there!!  There’s underground train to the gate??!!! WOW!  Don’t get me started on this disco-esque art installation of lights that you could sorta control via this metal orb in the seating area.  The blue taxiway lights are mesmerizing.  Takeoff is weird.  What! We’re in the clouds!  And the loud landing.  And those boards on the wings popping up on landing – what’s that?!  What, we’re NOT there yet?  We get to do this again?!  Yes!

Growing up, when spending time with either my Grama, Grampa or Mom & Dad (or anyone), they would ask: “Gary, what would you like to do this weekend?”  My response: “Sea-Tac”.  I wanted to watch airplanes and experience the airport.  Really, just sit and view and experience and FEEL it. So many different types of airplanes.  So many ways of painting them.  So many destinations.  Lots of people doing things.  It was technological, globally educational, provoking, engaging, and later when I understood these things, romantic.  It infused me with energy, thought and desire.

WHY CAN THIS NOT BE IN MY TOWN.  MY AIRPORT?

As I grew to become a teenager and adult, my addiction and passion did not go unserved.  I am a private pilot. I got my license at Paine Field 17 years of age, nearly before I got my driver’s license.  Instrument rating at 18.  I fell into many aviation groups and volunteered and continue to do so.  My career choice of the time was to be a pilot (duh, big surprise!).  But, alas, in the early 1990’s, too many factors seemed to intercede. A spuriously specific recession with a one-time pilot abundance and limited jobs added to the mix. That specific scenario has yet to repeat to this day.

I moved on to a fruitful career in IT, which has been great.  Why IT?  One word: Systems.  I LOVE systems.  Airplanes and airports are full of systems, and intertwined rules.  I find IT very similar to how I trained to be a pilot.  Sideline: Then how, as some of you know, did I ever then pursue a degree in journalism and public relations?!  Well, that’s probably another missive for the future; hint: It feeds my pragmatic and human side.

But flying.  Airplanes.  Airports.  My blood.

Fast forward a bit.  Let’s not even talk about what it’s like getting to “the airport” today.  Anyone reading this knows what the answer is.  Through the decades there had been attempts to bring service to my airport – small and big.  Nothing could ever make it or break it past certain aggressively local interests.  Defeatedly, the bitter pill journey to Sea-Tac was swallowed, even as it became intolerable.  And it made Sea-Tac – not fun.  Not my blood.  Nearly a treatment program for airport “addicts”.  Airports are not good, but things to be tolerated. Yet, I still love, and dream, airplanes and airports. And my airport.

Today I flew on an airline from “my” airport – Everett Paine Field (PAE).  I flew to Portland.  That’s not very far; but that’s not the point.  I purchased a ticket.  It’s a real terminal.  Real gates.  Real jetways. Real connections to the world.   Real everything.  Airplanes.  Airport.  People doing what they need to do.  As good and real as Sea-Tac, on a local scale.

40 years of waiting and wondering.  It’s like a dream.

Here is a report on my dream.. photos and videos!

Up at 4 AM (which is normal for us – don’t judge!) for my 6:30 AM departure. This coffee cup image will make sense when I get to Portland…keep that in mind. But this was my get-up-and-go! for the morning

Christopher drove me early in the morning – we’re here!

Topliff Olaf Paine himself presides over the new terminal

We’re through! No pictures in TSA security area, but it was the fastest TSA line I’ve ever done – and there *was* a line – which I thought was great as it bodes well for things in the future. After security it is simply devine. Really nice. It looks small from photos and the news you may have seen. And the terminal is indeed small. But it’s not crowded. It’s right-sized for the airplanes and gates it has.

At this point I have boarded, and I’ll let the following videos speak for themselves…


A DREAM’S DE-ICING: at the gate

A DREAM’S BEGINNING: Push back after de-icing

LIKE A DREAM: Takeoff! Starting from the south on runway 34L and departing to the north. Powerful takeoff, climbing rapidly. Seriously fun. Reduced power and leveled-off before we even got to Port Gardner Bay. Clinton ferry dock at the end.

30 minutes later I am in Portland! Here is where the coffee cup reference comes back. It is tradition to photo your feet on the Portland airport carpet before your journey… it’s a Portland thing.

I had a great BLT at a PDX airport restaurant (OK, a couple Bloody Marys, too!) , and then turned right around and came home.

Look! Everett is up on the big board with everyone else!

I got upgraded to first class, so the trip back was great.

Finally, I was home.

And I got to experience the new terminal again! Its really is awesome.

After all this, it was super easy and quick to go home – thanks to “Olga” and Christopher 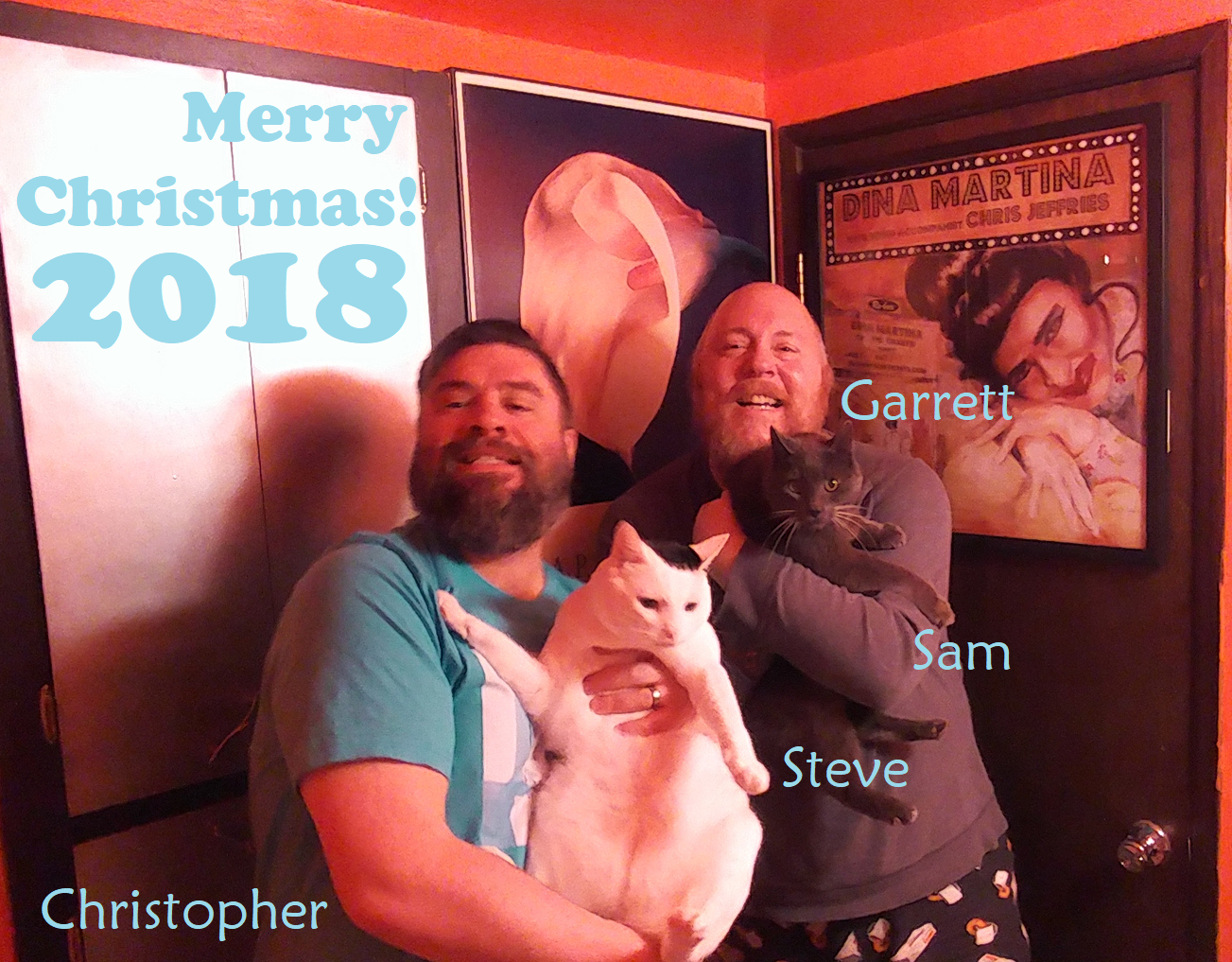 Schedules released. Tickets purchased for first week. I can’t believe this is really happening, it’s kind of like a dream. 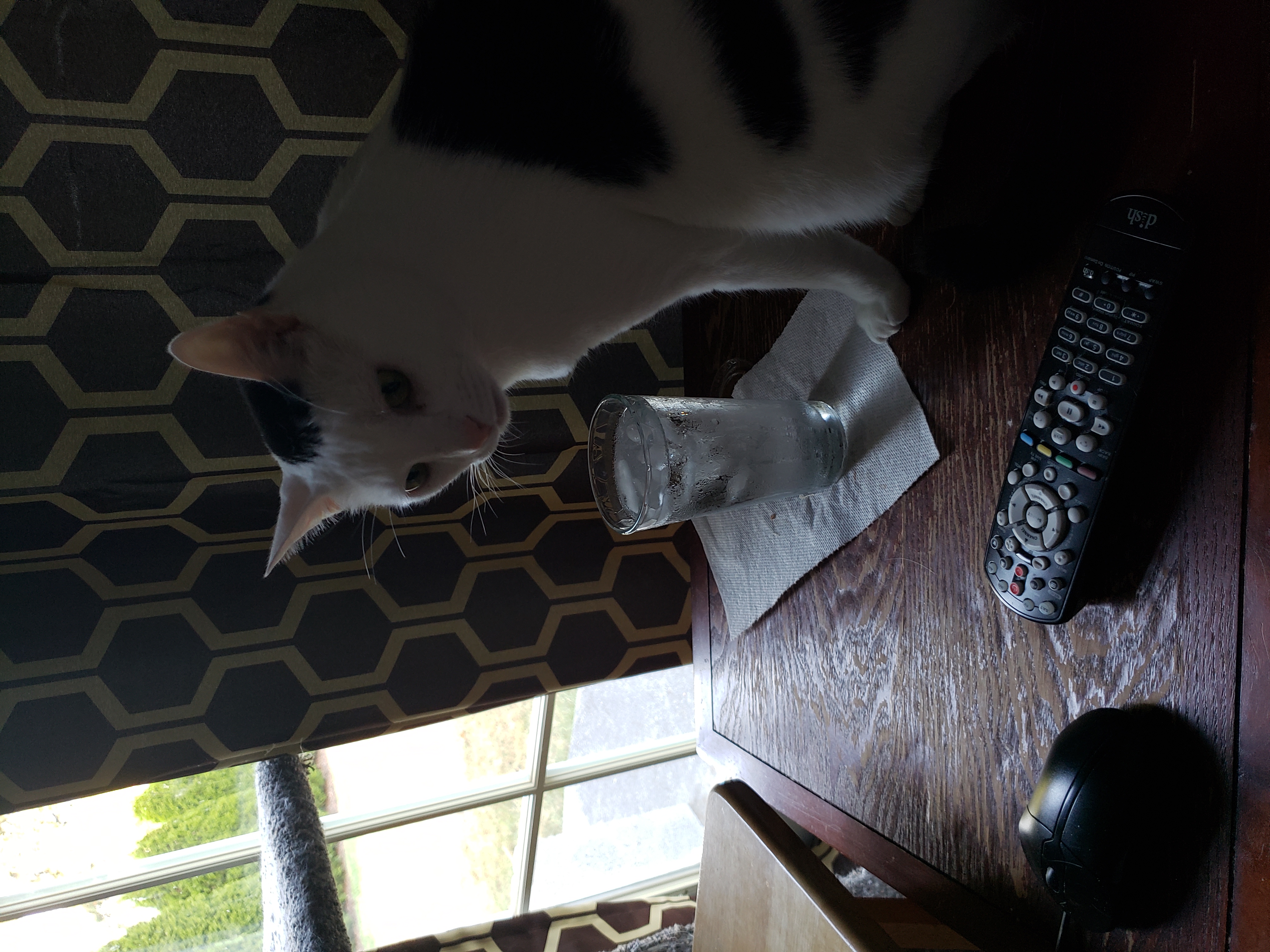 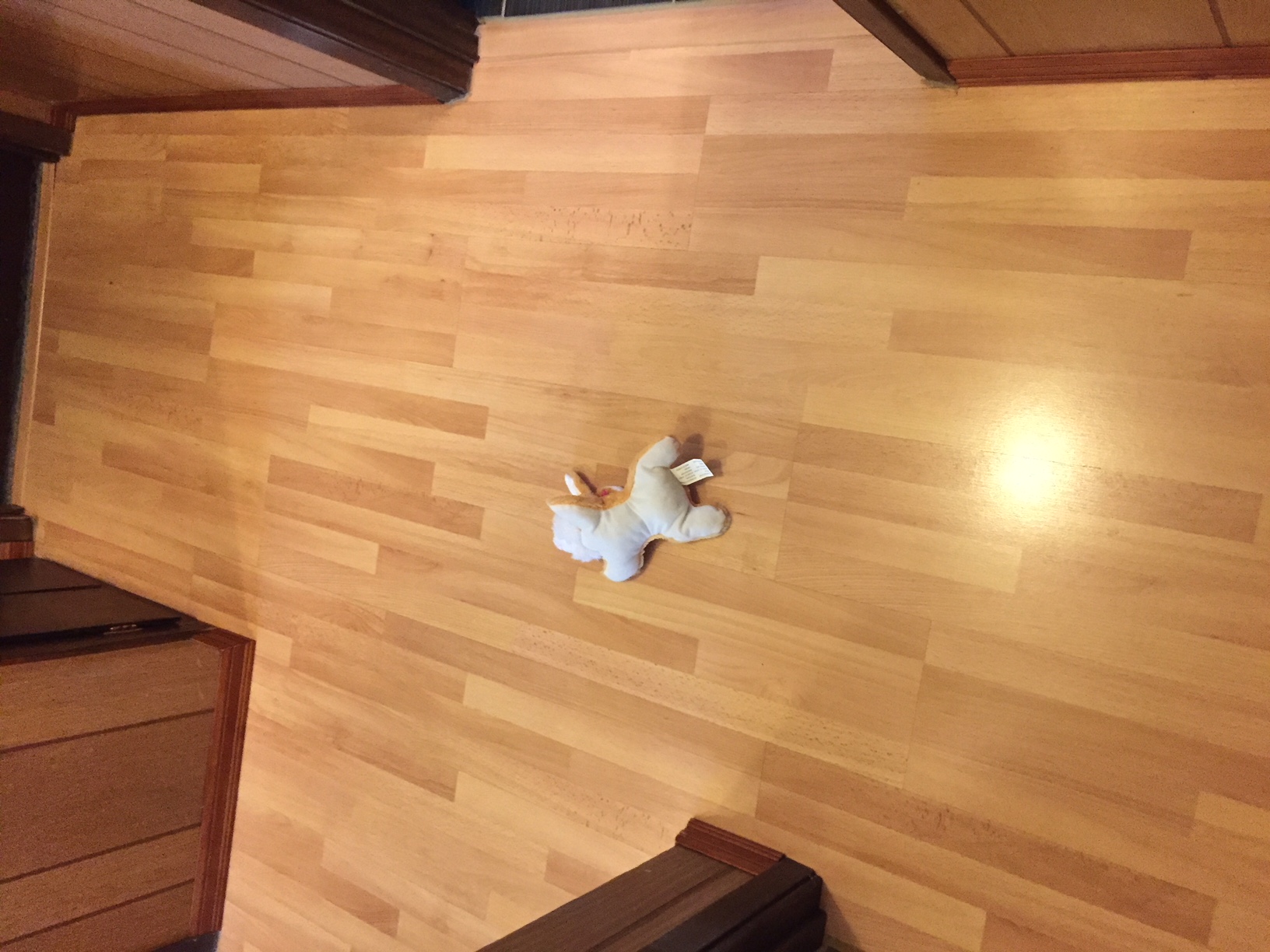 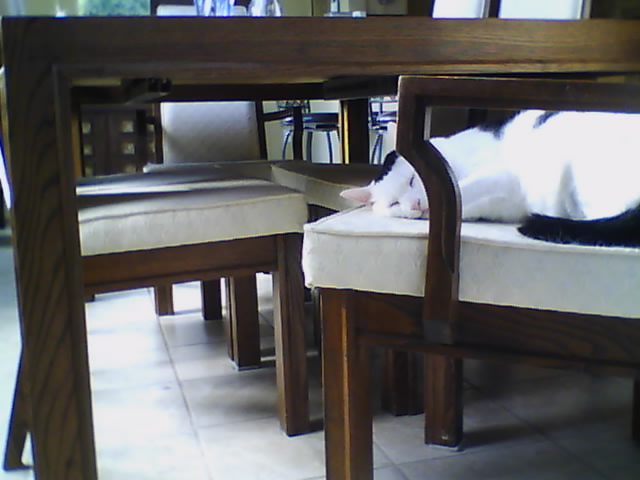 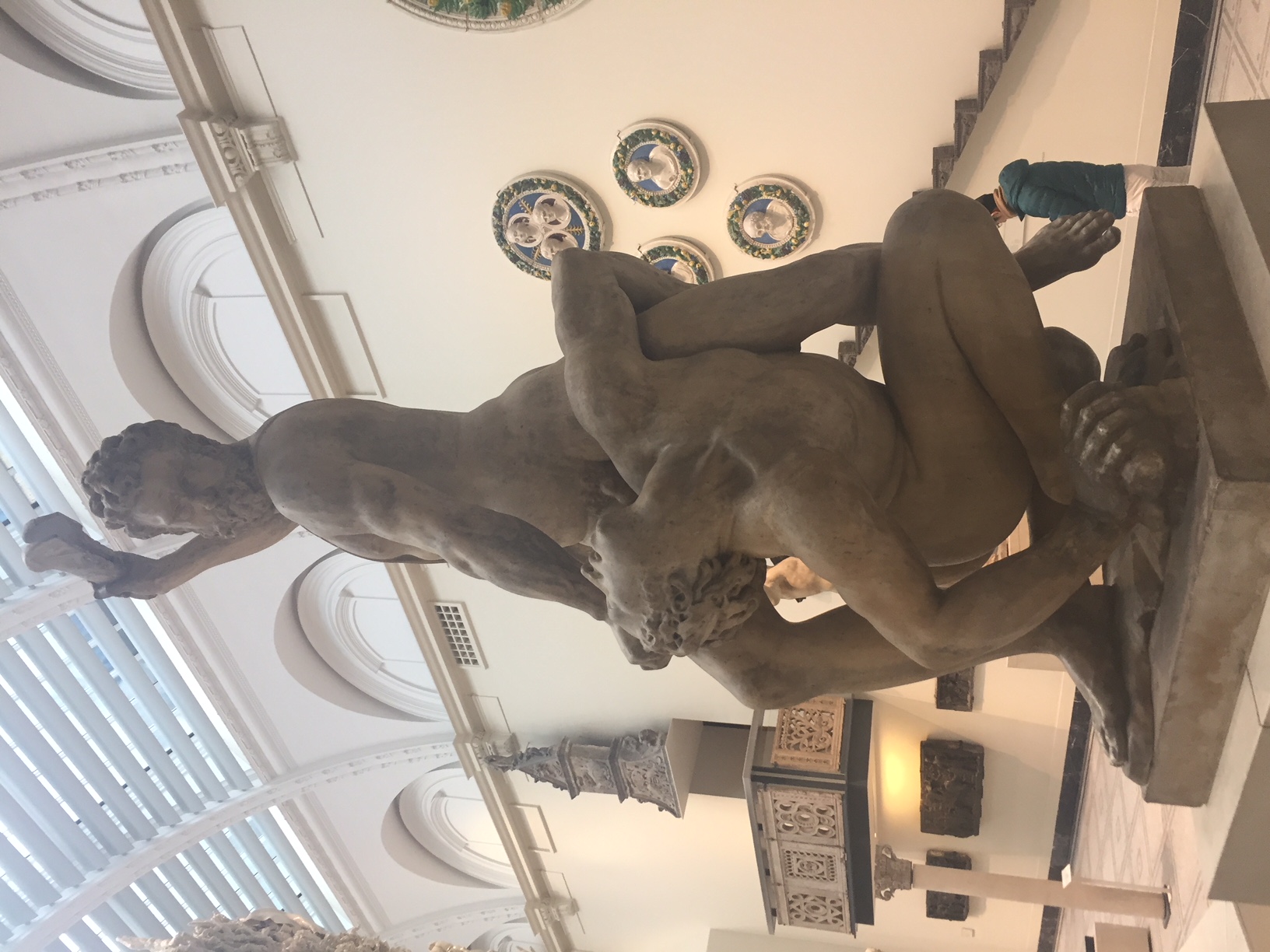